A Different Kind of Hvar Elopement Below the St. Nicholas Peak

Life is unpredictable. And that doesn’t have to be bad at all. This story of Deanna and Michael and their Hvar elopement will ultimately show you how unpredictable things on the day of your wedding might be and how to deal with them in a relaxed manner. We are talking mainly about the weather here. You would expect sunny weather on the sunniest island in the whole of Croatia, but you never really know what you are going to get out of it until the very last day.

This is a story about why we think you shouldn’t panic about the weather on your elopement day and how being flexible and easygoing can mean all the difference. Stick with us until the end of this story, it will be a rollercoaster ride and you will love it!

Welcome to the sunniest place in Croatia

Hvar island is statistically the sunniest place in Croatia. We had numerous weddings and elopements on Hvar island and so far all of them were sunny and warm. From the moment we boarded the ferry in Drvenik, we knew that this day is going to be different. And we liked it. We always look forward to changes and having misty and windy Hvar elopement was a good change for us.

We are not the type of photographers who care about the weather that much and we believe that you can make great and memorable elopement materials regardless of the weather. We have seen many couples losing their mind over the weather and we always try to encourage them to forget about it and try to work with what they have at the moment. Luckily, Deanna and Michael were not concerned about the weather at all and they gave us all the freedom in finding the best location for their Hvar elopement.

As usual, this elopement story begins with the couple getting ready in their accommodation. Deanna and Michael came to Croatia with 5 of their closest friends and they rented a small traditional rustic house in the middle of Hvar town. It’s the single most famous place on Hvar island and it’s visited by thousands of guests each day.

Deanna and Michael chose to have their Hvar elopement in the postseason period, at the start of October. Hvar looks different at this time as most of the tourists are gone and it’s nowhere as crowded as it can be during the summer. Preseason and postseason periods are always the best when it comes to elopements in Croatia. We have a detailed post about every season of the year so if you are still thinking about the perfect time for your elopement or wedding in Croatia, check it out.

Getting ready part of Deanna and Michael was as relaxed as the other parts of their elopement on Hvar. After they both get ready, they had a first look at the old stairway near their house.

Safari drive toward the highest peak of Hvar island

Deanna and Michael are nature lovers and avid rock climbers, just like the rest of their group. They initially wanted to elope on the highest peak of Hvar island – St. Nicholas. As we started to drive toward our destination, we saw that the weather won’t allow us to climb on St. Nicholas since it was engulfed by the fast-passing low clouds. We already had a few elopements on the top of the Hvar and we usually drive to the end of the unpaved road and then hike for 20 minutes to reach the peak.

Deanna and Michael didn’t stress about not going to be able to elope in the place they intended to and they gave us the freedom to choose a new location for their Hvar elopement.

Our role as elopement photographers and guides

We were driving toward the top of the Hvar in our jeeps and as soon as we started the ascent we already started discussing possibilities for a new elopement location. We wanted to avoid dense fog at all costs since there wouldn’t be much to see there, especially while standing on a place with the most beautiful view of Hvar island and seeing nothing but a white cloud.

So we needed to decide on a new location and we needed to do it quickly. There is no time to drive around for hours in order to find a new location. We stopped in one place that looked great to us and the fog was just on top of it at that moment. We didn’t care if there was a bit of fog around us, we just didn’t want it to be extreme. Also, we needed to find a spot that is well-protected from the wind.

The group was waiting for five minutes while we explored a potential location in front of the pine tree forest. It was a great location, touched by the fog and the group liked it also. The rest can be seen in the photos.

And so we had the first misty elopement in the sunniest place in Croatia. Everything ran smoothly and we were able to capture some great material. The elopement ceremony of Deanna and Michael was a symbolic one, conducted by one of their close friends. We like the symbolic wedding ceremonies the most and it’s great that most of the couples getting eloped in Croatia choose to have this type of elopement ceremony.

After the ceremony, we stayed at the same place for a while longer, just to take some group photos and do part of the photo session at this location. Also, the whole group had a celebration toast and they also picked and ate some wild berries that grow all around. The plan was to split the photo session part into 3 different locations – the elopement ceremony place, Hvar town, and Sveta Nedilja.

Soon enough we headed for Hvar town once more. It was overall a cloudy day with sunny moments so we ended up having the most diverse elopement of the year. As you are looking at the photos we made that day, it might seem to you that they were made in a few days instead of in just a few hours difference.

Hvar town is the usual place for photo sessions on Hvar island and this time its streets and squares were almost empty because of the weather and postseason period. Hvar town is full of great places and narrow alleys that act as a perfect backdrop for any photo session so make sure you use it if you are planning your Hvar elopement. Hvar really is one of the most famous wedding locations in Croatia.

The craziest boat ride we ever had

There was one more location left after the photo session in Hvar town and it was Sv. Nedilja, a picturesque small village not so far away from Hvar town. Sv. Nedilja is located just below St. Nicholas peak and it’s famous for its wines.

To reach it, Deanna and Michael booked a speed boat that was supposed to take us there. As we were driving from the elopement ceremony location toward Hvar we already saw that the waves on the sea were quite big and we thought that the boat ride would be canceled.

Hopefully, it wasn’t and we ended up in a boat, riding on the highest waves we saw lately. Our skipper was super reliable and enthusiastic to take us on this wild ride. What the experience that was. It felt better than any roller coaster.

As we arrived in Sv. Nedilja, the sun was more frequently protruding through the clouds. Veli Kamik islet is one of the landmarks of Sv. Nedilja and we continued our photo session there. The backdrop of this place is the sea with rising high cliffs and it looks absolutely amazing.

We spent some time there before we boarded the speedboat once more. The ride back to Hvar was much calmer and we enjoyed the soothing cloudy sunset. That was also the end of our part for this Hvar elopement. Deanna and Michael went to the restaurant with the rest of the group and we headed back to our accommodation, still overwhelmed by this unique elopement experience.

Croatia is a beautiful wedding destination for those seeking sun and sea but it is equally exciting and beautiful during the cloudy and rainy weather.

More from the blog

5 Tips for Perfect Croatia Engagement in 2023

There’s no other reason you might stumble upon this blog post unless you are searching for tips on how to propose your partner. First of

‘Love and Ventures are amazing! They helped us pick through locations for our ceremony and accommodated us when we changed locations one week before the 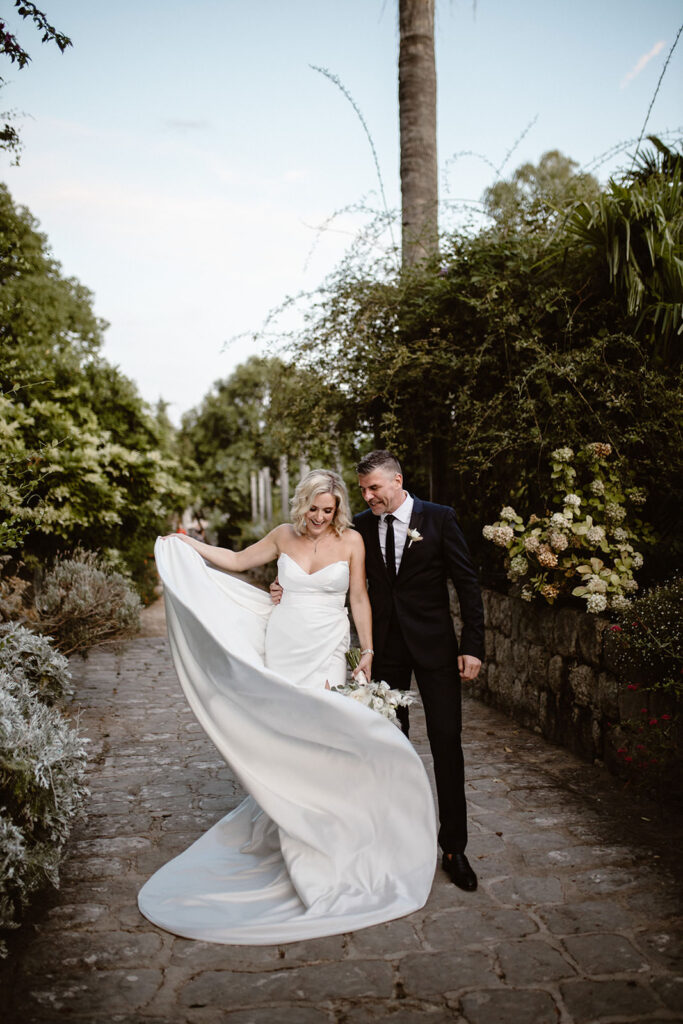 ‘Andrea and Mario were very professional. Excellent wedding photos and above all natural, catching the right moment, spontaneous, beuatifull and our recommendation for everyone who

get in touch with us

Email us directly at hello@loveandventures.com